Hype vs Reality - SEO in Blockchain and Crypto - @SEOMalkamDior 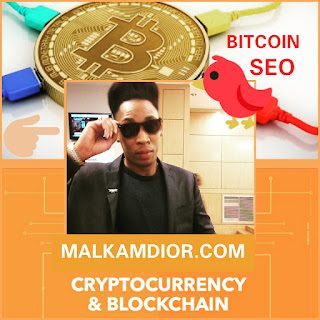 
The world was going the wrong direction fast and now things are about to get a whole lot better for 99,9% of humanity. And there is nothing corrupt brute force can do about it!

A blockchain is a ledger that uses cryptographic protocols to record transactions in a tamper-evident way allowing for trust-minimized transactions between pseudonymous parties without requiring a trusted intermediary.

Hype vs. reality SEO in Blockchain and crypto is way out of whack. Experiments are not a business model. It's all about going deep with customers—solving real problems and seeing real progress.

According to Code Brew "Blockhain is one of the mobile app technology that will dominate the 2nd half of 2018". Which suggests that China is all-in on blockchain. China Central Television aired a program yesterday that said the technology will be "10 times more valuable than the internet."

The revolution will (literally) be televised.

NEM Blockchain and allow consumers and retailers Proof-of-existence via Blockchain in 3 easy steps.


A quote taken from CNN suggest that "about 2% of Ripple — worth about $500 million — lost in one swoop because the owner died and the family can't locate the private keys." We all know a crypto addict. If you don't know one, you probably are one.

The three functions of money:
- providing a medium of exchange
- a unit for measuring the cost of goods
- an asset where value can be stored

crypto currency fills all the criteria easily. If technology is our last chance at true independence, Bitcoin is so much more important than you may think.