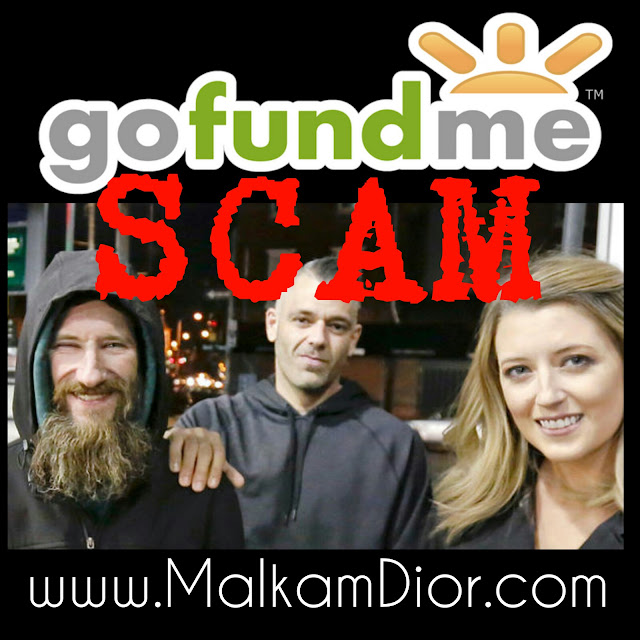 Have you heard about the Homeless man involved in a GoFundme Campaign that turned out to be a hoax?

It was a good Samaritan story that turned out to be a hoax because everyone involved was in on it.


According to the New York Post -
"The heartwarming story of a New Jersey couple whose GoFundMe campaign raised over $400,000 to lift a homeless veteran out of poverty was “completely made up … to make people feel bad,” prosecutors revealed Thursday, as all three were charged with the massive scam."

The GoFundMe page gained to over $400,000 that was supposed to go to a new house and vehicle and instead only the so-called homeless man only received $75,000. And that's when their relationship got sour and money became an issue.


"Kate McClure and Mark D’Amico started the online fund drive in November 2017, claiming that vagrant Johnny Bobbitt had spent his last $20 to buy McClure a tank of gas when her car broke down along I-95 outside Philadelphia.

It's because of dirty people like this that now seriously deserving people won't get the help they need. I myself don't give a red cent to these go fund me accounts. you can't trust anyone!!!


But the couple, who officials said were hard up for cash themselves, had actually known Bobbitt for at least a month, occasionally spotting him $10 or a cup of coffee as he panhandled near an underpass by Philly’s SugarHouse Casino, the Burlington County Prosecutor’s Office said in a Thursday press briefing." - New York Post


It was off the same exit ramp to the casino that McClure and Bobbitt posed for a touching photo together after Bobbitt supposedly came to her rescue with the gas money — which officials now say was anything but spur-of-the-moment.

Less than an hour after the couple’s “Pay It Forward” campaign went live on GoFundMe, McClure texted a friend, copping to the whole ruse.

“Okay so wait the gas part is completely made up … But the guy isn’t,” she wrote. “I had to make something up to make people feel bad … So, shush about the made up part.”


The heartstring-tugging tale worked, as donations started pouring in for Bobbitt, with the viral campaign’s haul eventually blowing past $400,000.

But the plot’s feel-good veneer started to crack over the summer, when Bobbitt, 35, sued the Florence Township couple, claiming that he saw only about $75,000 as McClure, 28, and D’Amico, 39, blew the rest on splurges including a new BMW and designer shoes.


Additionally, the pair withdrew over $85,000 in cash from ATMs at or near casinos ranging from Atlantic City to Las Vegas.

And they have ruined it for everyone because I will never put another of my hard earned dollars into a Gofundme raise.


D’Amico and McClure countered that they were holding out for Bobbitt’s own good because they accused him of relapsing into his drug addiction.

All three are charged with conspiracy and theft by deception.

D’Amico and McClure were processed and released late Wednesday, while Bobbitt is awaiting extradition to New Jersey.

All donors who contributed to the campaign will be refunded by GoFundMe, the company announced Thursday.

This is a shocker! Now we find out that it’s the same MO criminals who steal money together and then one of them doesn’t receive his/her share of the loot? They should all be sentence to 8 years in prison plus repayment of the money they collectively defrauded the public of!