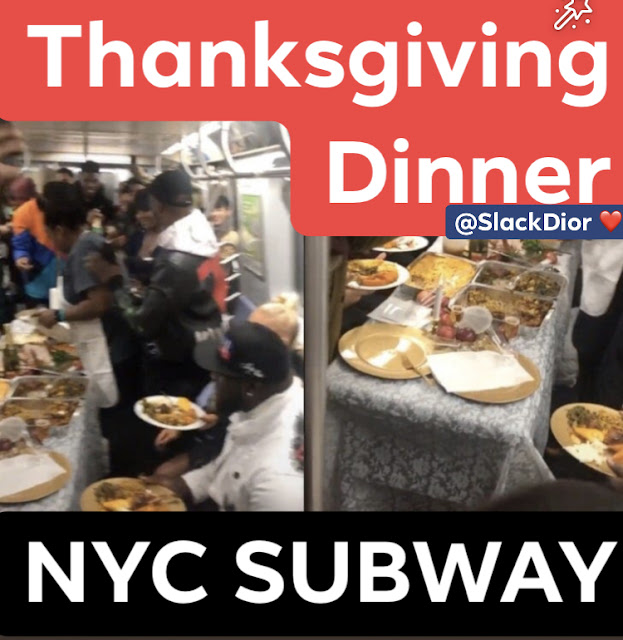 L train straphangers served up a massive Thanksgiving dinner on a Brooklyn L train Sunday night, according to video taken by Andrew Toranzo on his way home.

"[I] randomly came across this group serving thanksgiving dishes to everyone," Toranzo told Patch via Instagram. "Never saw so many people smiling on the subway before!!"


The group set up a full spread on a cloth-draped table as the train approached Graham Avenue, the video shows.


"Everybody get their plates, sit down and eat," one riders shouts. The crowd on the train takes pictures and laughs.  This is not the first time a subway car has hosted a festive, celebratory dinner. Last year a Brooklyn woman had a lobster dinner with friends on the J train to celebrate her birthday.

To conclude, what you’ve learned from this blog is that a group of people hosted a full Thanksgiving feast on the Brooklyn-bound L train on Sunday night. Like many other viral videos, the dinner appeared to be a staged stunt and it was an elaborate one. Some on social media expressed concerns about the sanitation, or lack thereof, in eating on a usually dirty subway train.