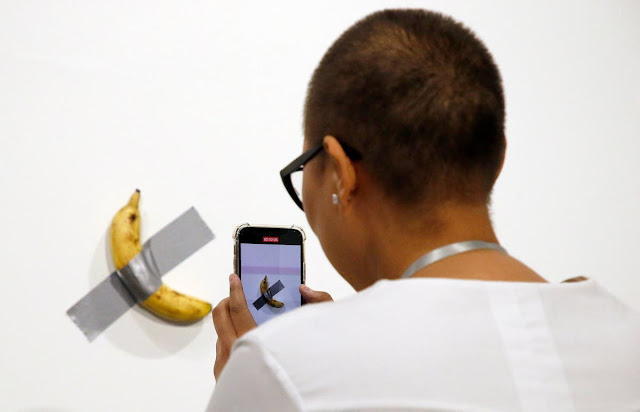 $120K DUCT TAPED BANANAPEALED  OFF, & EATEN BY STarving ARTIST...Can He Do That?


The art piece, which was created by Italian artist Maurizio Cattelan' started to make headlines after the selling price was revealed. However, on Saturday Datuna made a visit to see the piece and decided to take it off the wall and eat it. He posted the video of himself eating it to his social media and said in the caption,


“Hungry Artist” art performance by me. I love Maurizio Cattelan's artwork and I really love this installation, It’s very delicious.”