DIVIDED INTERNET 2021 | Who Has Most Of The World’s Data? Malkam Dior 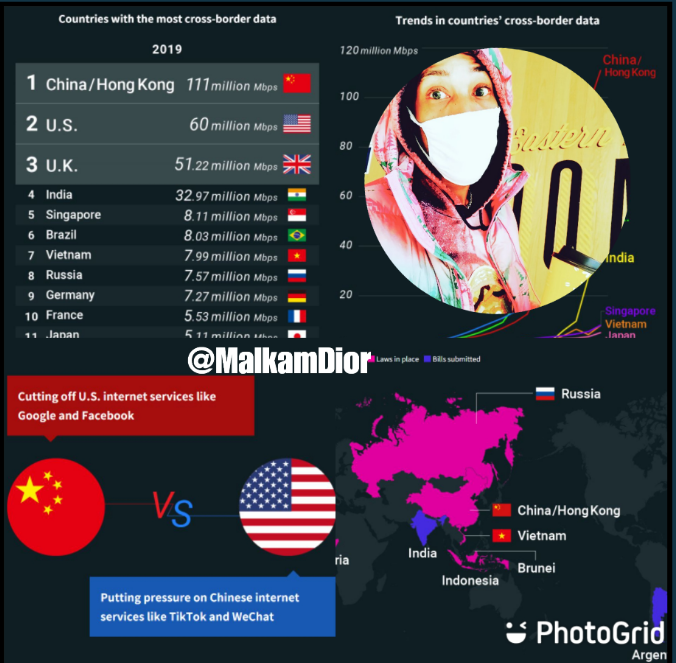 Check out these infographic analysis on data superpowers. MalkamDior -.
The internet, a technology that was supposed to bring the world together,  has fissures running through it. As international relations worsen, there's regions to determine who has the most data. China has emerged as the global "information champion?
Well, China has 17% of world population,  America has 4.25% of world population. But America used to be the global data power house, and still at the second position now.  See how much information that America stole from other people in the world.
1) DIVIDED INTERNET 2021  |  Who has most of the world’s data?
China had the most cross-border data in 2019. The Chinese mainland and Hong Kong together account for 23% of all of the world’s data. That is about twice the size of the data in the U.S. 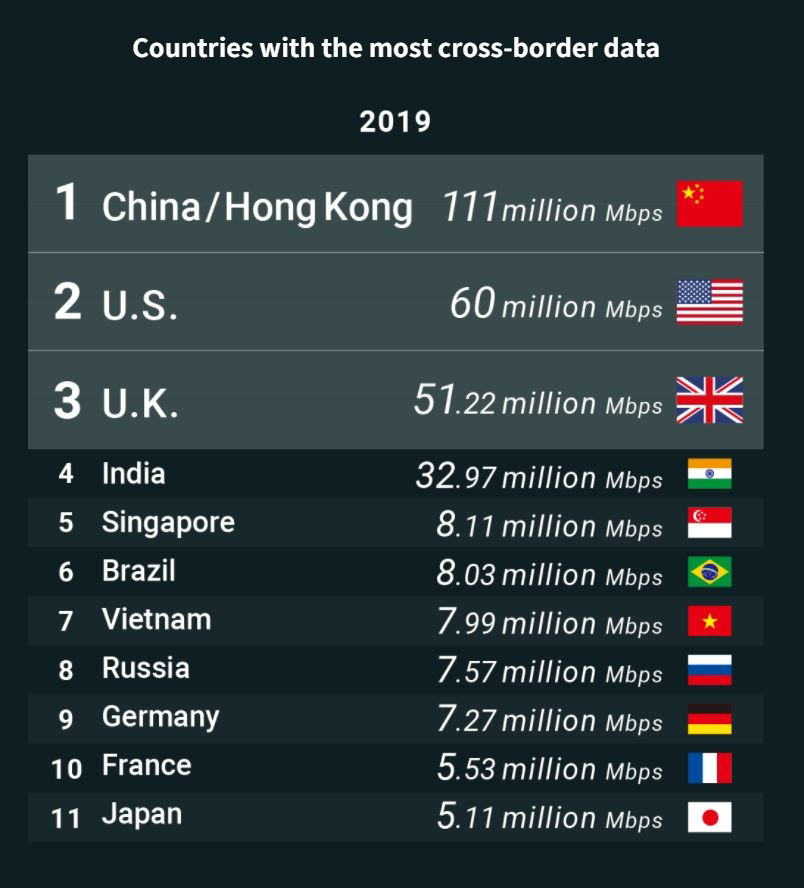 2) America’s time at the top is in the past. Cross-border data in India, Vietnam and Singapore also saw tremendous growth. 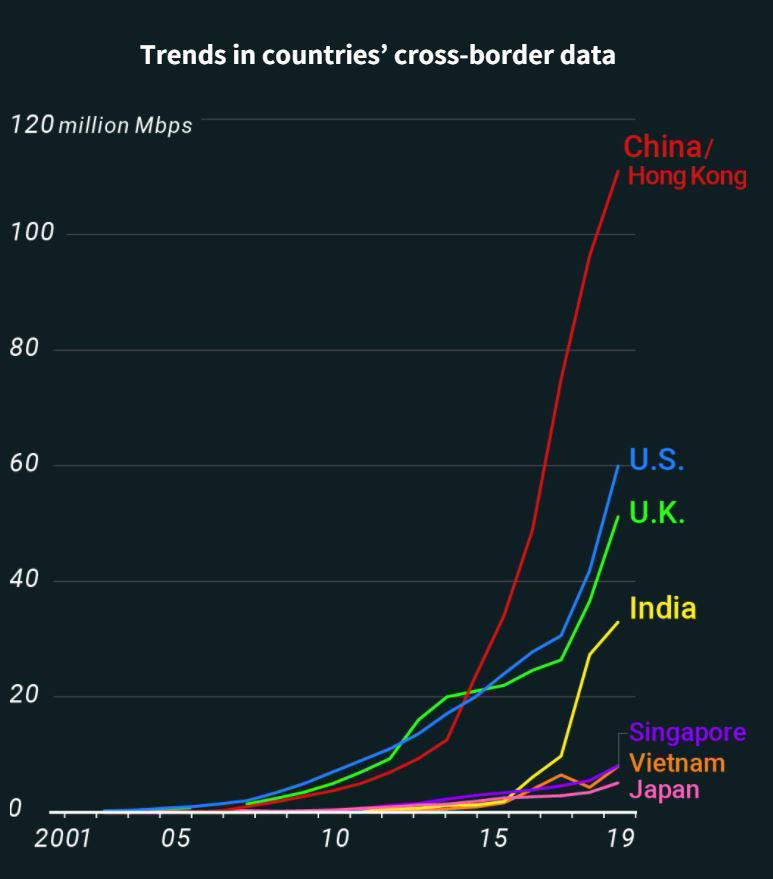 3) INTERNET TO SPLINTERNET | Confrontation between China and the U.S. on internet services has become more intense under Trump.

4) DATA LOCALIZATION | Some emerging countries are tightening their regulations to close off their data. Friction and division over data, now a new resource, could disrupt the global flow of information. 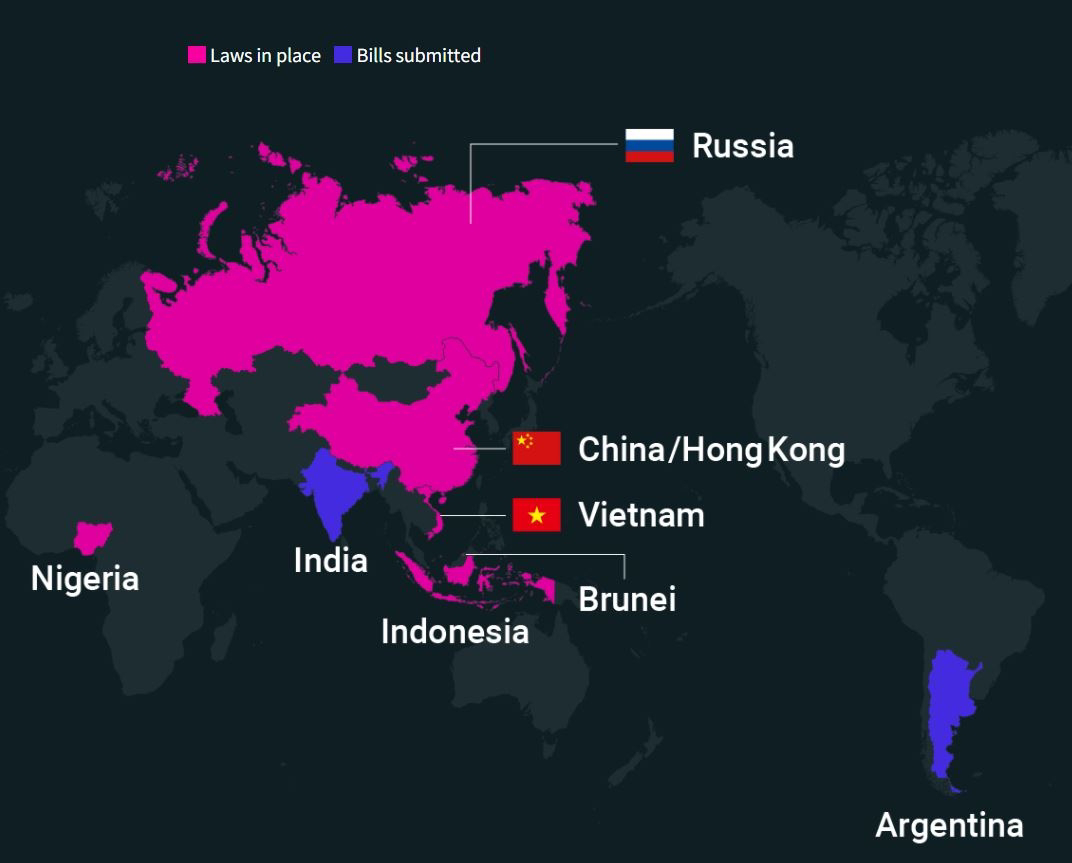 5) If the Internet becomes fragmented, it could hinder the low of information and sap much of the world’s economic vitality. Can we overcome these conflicts between nations and regain the freedom of global connectivity?
data 2021 Internet data