Crypto Jargon: What Is Crypto 'Pump and Dump'? MalkamDior.com 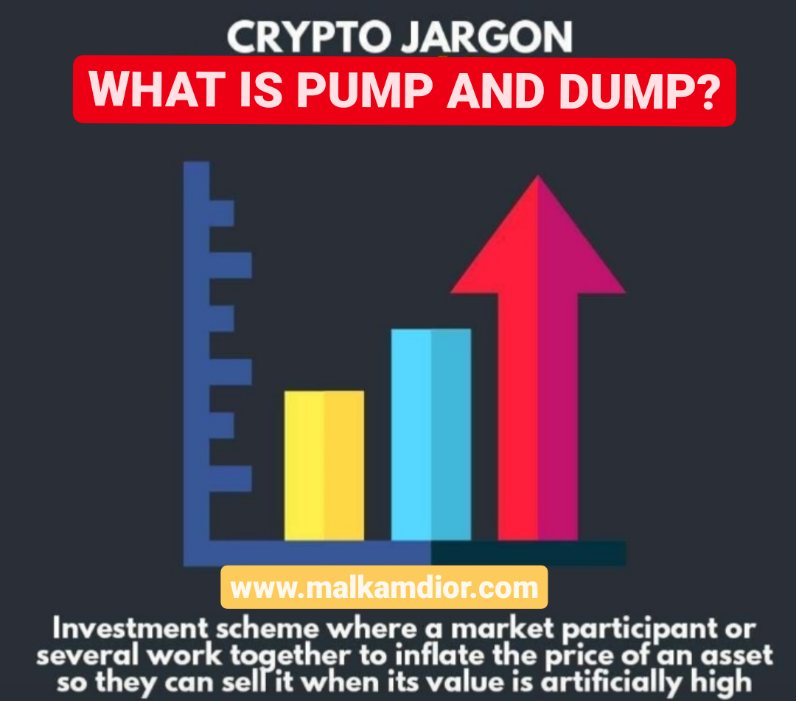 The easiest way to identify a pump and dump scheme is when an unknown coin suddenly rises substantially without a real reason to do so - MalkamDior.

Cryptocurrency pump and dump schemes represent a situation where an individual or group of persons plans to make a profit by pumping an asset into the market.

A major Bitcoin pump and dump, as expected due to the very high rises it had in a matter of days since it left 29K, unsustainable and unpayable that bubble they made in a week.

According to Trality "The pump and dump scheme isn't new, as it has been employed extensively in the equity markets for a long time. The idea behind the scam is very simple. A person or group will buy a large amount of a security or a token that is thinly traded (this aspect is very important), and by doing so, the price will rise.

As the initial buying causes a rise in price, the entity behind the buying will begin to promote the asset, generally in informal media. As more people jump into buying, the price will rise further, and people will tend to get excited about the prospect of further gains.

The entity that was behind the initial buying and publicity push is now ready to cash out their holdings at a much higher price level, and lock in some big gains. Anyone who has come to the market late in the cycle will be stuck with the asset and no more buyers, which is the end of the scheme.

In general, once the initial buyer who began the scheme exists the markets, and the publicity campaign wanes, the prices will fall, and anyone who holds the shares or tokens will see big losses. That, in short, is the pump and dump scheme.

Realistically, there is more to these schemes, and anyone who is dealing with inexpensive, thinly-traded assets needs to know what to look for when buying into a rally, or a hot, new investment thesis." 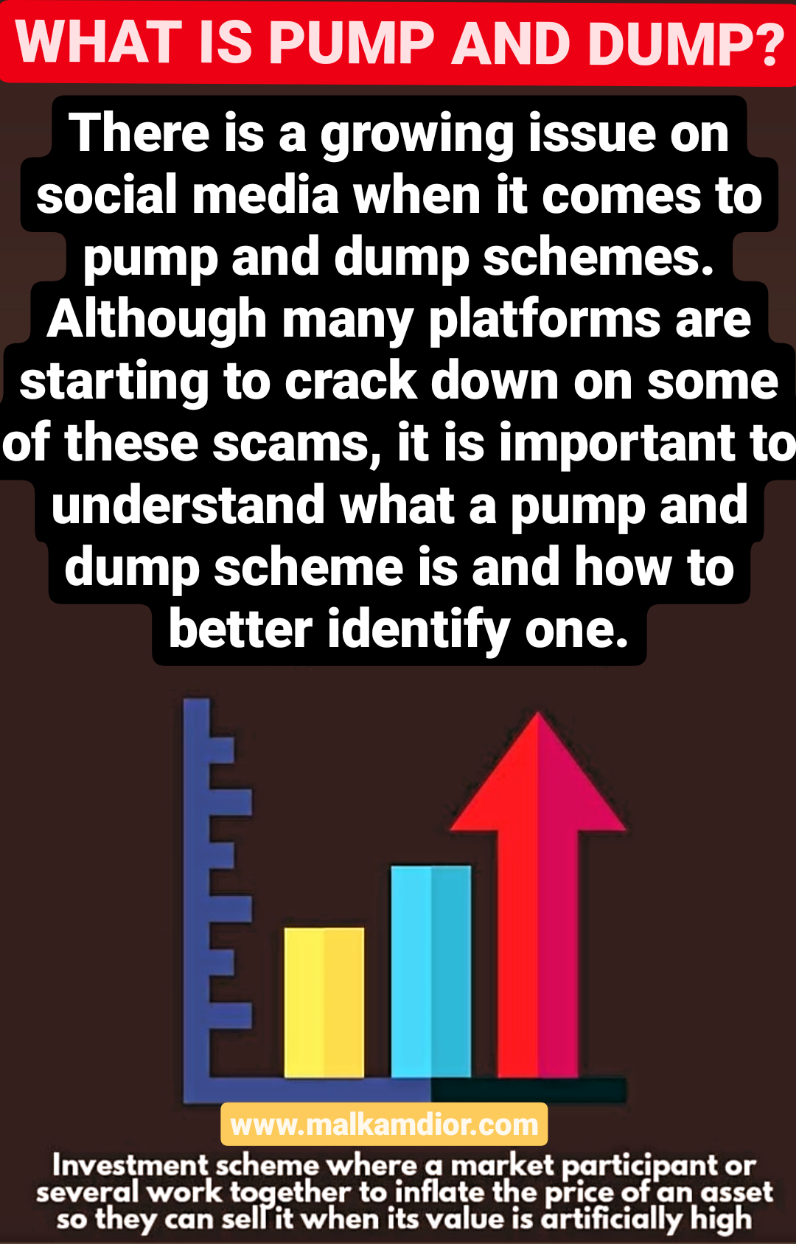 Canada looks to recover $3-$4 billion if it taxed its crypto population. In the pump and dump securities world in Canada, a player in that world in Toronto told me a month ago that one of the whale pump and dumpers I was looking at, who I believe did.

A lot of people who have been skeptical of things I've been saying regarding cryptocurrency will regret it in the future if you are not taking the time to learn and get involved in how cryptocurrency works as it will be the future of money!!!

Everything I have been staying has been consistent and whether you choose to believe me or not, is none of my business. Everyone who has been attending my paid classes and doing their own personal research has seen gains this past week in their own personal portfolios.

Get with me if you trying to learn about how cryptocurrency works I'm getting involved with adopting the technology!

Don't let skepticism keep you broke or keep you stuck within one paycheck from disaster!

You can't get rich off short-term gains and you have to be okay with taking risks!

The American tokenization of its currency will take place in the very near future in the paper dollar will cease to exist within the next decade!