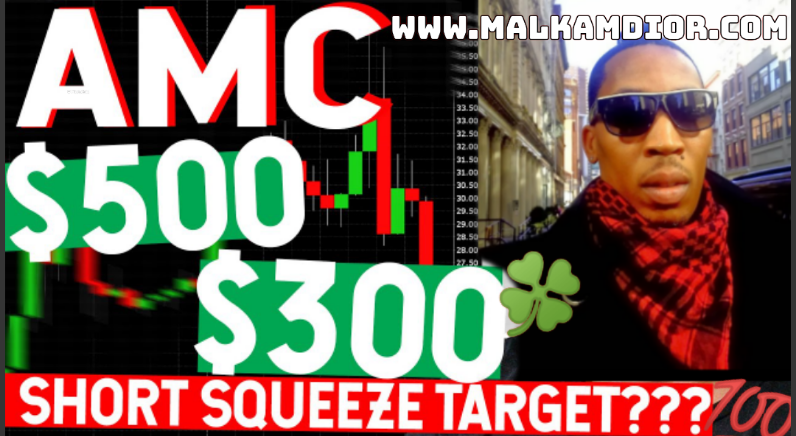 In order to address this dichotomy, AMC Entertainment investors are now increasingly pointing at the supposedly shady practices of hedge funds in dark pool trading as the key mechanism with which the stock is being suppressed. 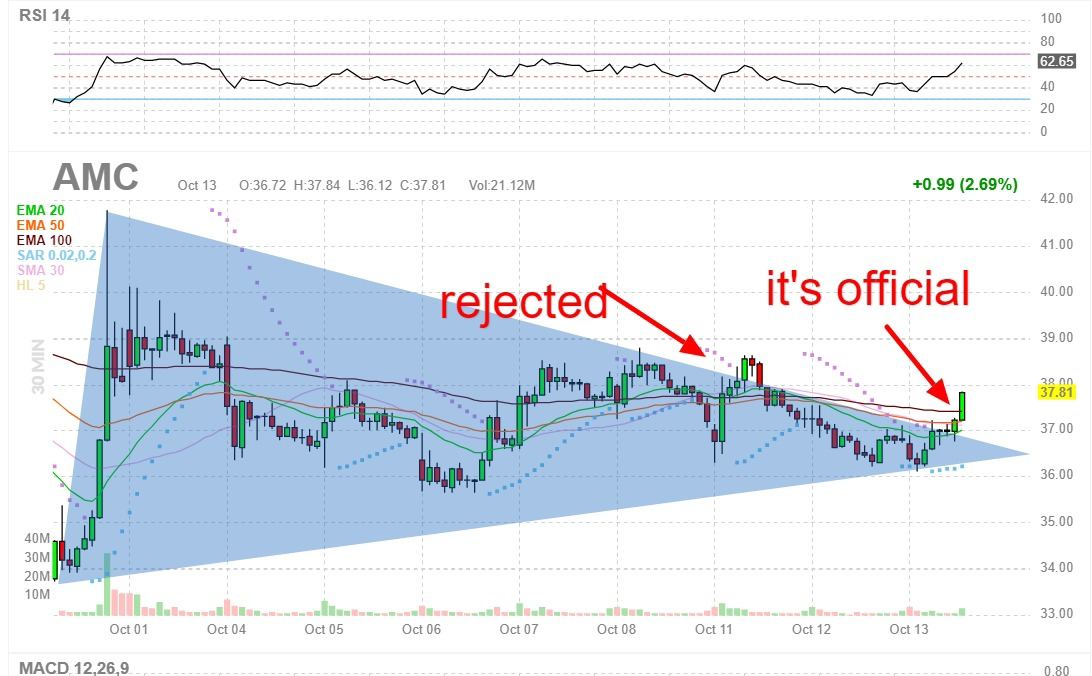 As a refresher, a dark pool is simply a private exchange where stocks and other derivatives are traded. Such avenues are attractive to hedge funds as they conceal the trade price and volume, thereby minimizing the market-moving impact of large block trades. In the case of AMC Entertainment, however, investors allege a litany of abuses. 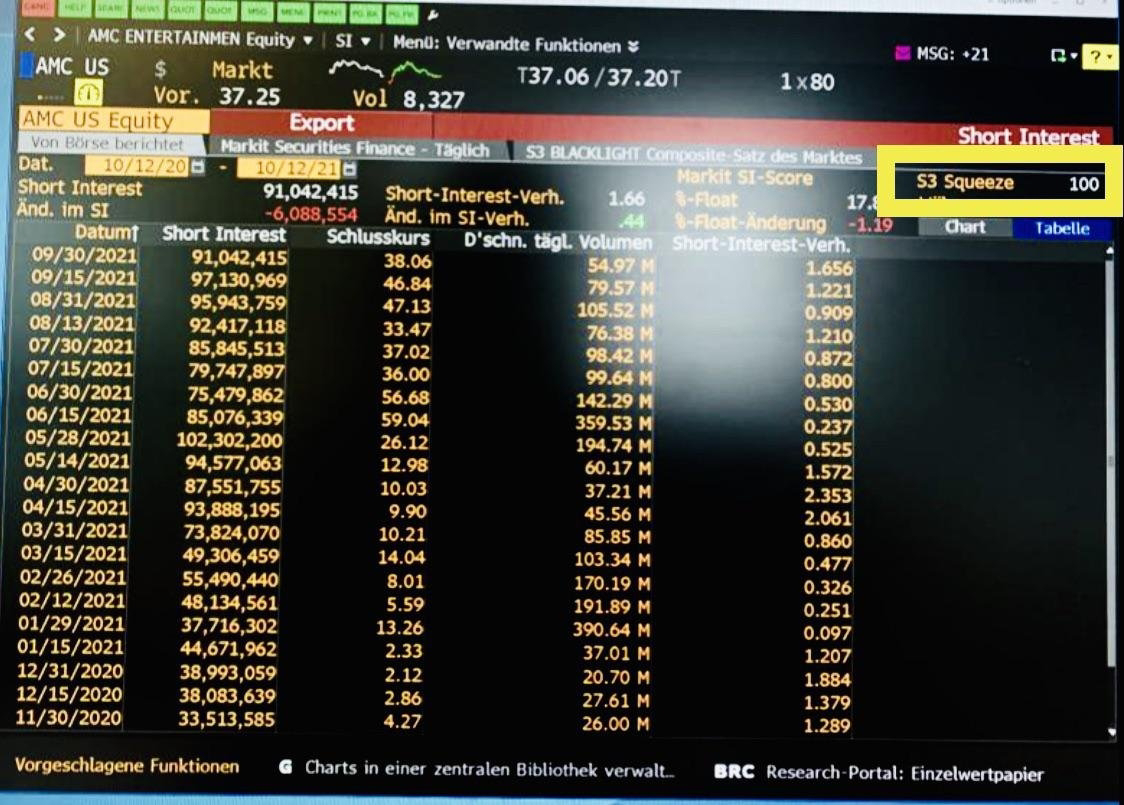 The Bloomberg terminal Squeeze score at 100/100, Daily chart ready for a bounce after consolidating on the $36-$37 price. Now AMC Squeeze trending. Stay strong apes, they are trying to bore us to sell. The first Bitcoin Futures ETF in the United States has now traded more than $500 million in volume.

AMC to accept Dogecoin, Bitcoin, Litecoin and Ethereum in Q1 of 2022.