SkyBridge Capital founder Anthony Scaramucci says that Algorand (ALGO) will challenge leading competitors in the crypto industry just as Google did in the early days of the internet. In a new interview with Digital Asset News, Scaramucci says that he is investing heavily in ALGO because he thinks it will replace many of its competitors.“I’ve got a quarter-billion dollars in Algorand right now. I think Algorand will be the next Google - MalkamDior

You and I, when we were youngsters, we were logging onto the internet using AltaVista. We were using Lycos, America Online – even Prodigy, if you can remember that. Then lo and behold in 1998, this company came along called Google and people were like, ‘Why the hell do I need that? I’ve got all of these other instruments to access the internet,’ and then people say, ‘Well, you know it’s faster. It has machine learning, the algorithms are more widespread. It’s going to lead to better outcomes,’ and lo and behold, Google trumped everybody, and I think that’s going to happen with Algorand.” 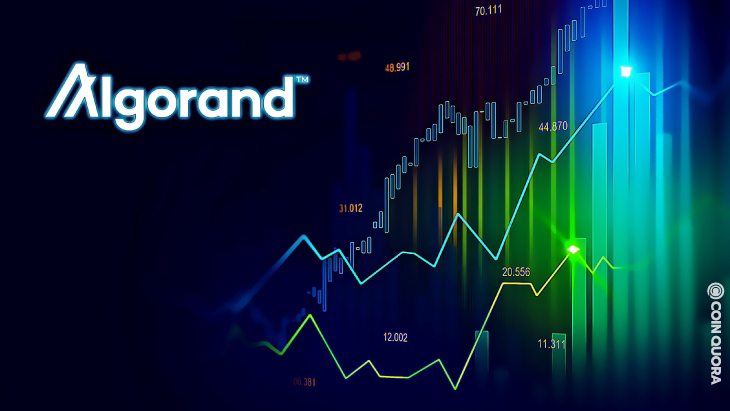 Algorand is a proof-of-stake blockchain that enables developers to build decentralized applications (dApps) for financial services. The smart contract platform is an Ethereum (ETH) challenger that aims to accelerate transaction speed at a lower cost.

“I think ultimately when the big enterprises get on to the tokenization side of the market and they start working in the world of DeFi (decentralized finance), they’ll need something that’s scalable like Algorand, secure like Algorand and ultimately decentralized, so they won’t have to worry about capricious inflation-deflation of what it is that they’re using as a form of exchange of value.

Algorand to me is the future. It’s just going to require more and more people doing deep dive due diligence and making the decision to choose it.”
ALGORAND crypto currency